Fellow wordsmith Diane Carlisle (of Are We There Yet?) recently asked and answered the question that every writer gets eventually: for the love of God, why? Why hole yourself up in solitude for hours on end, staring at a computer screen? Why subject yourself to the harsh criticism that often comes with artful endeavor? Why toil away at a piece of yourself that may never even see the light of day?

This question has a certain personal significance, because I've asked it of myself many times, often layered beneath tones of doubt and uncertainty. It's honestly taken me years to be able to answer it with any conviction or substance. In fact, because of that, I've decided that the best way for me to convey the answer to this question would be to invent a time machine. I see no other way.

So, I tracked down some of the best scientific minds of our time, to see who might be willing to help me in this. I first approached Dr. Neil Degrasse Tyson, my favorite astrophysicist, but he was not impressed with my gumption. 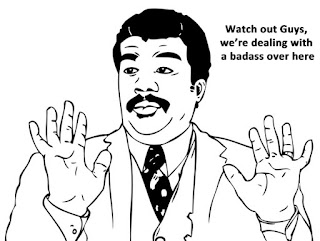 I next sought the assistance of a childhood hero of mine, Bill Nye, but he was too preoccupied to lend any help. 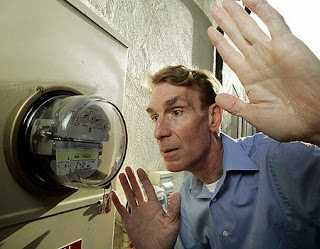 Feeling dejected, I almost gave up. But then, like a bolt of lightning, I came upon someone who was willing to listen. 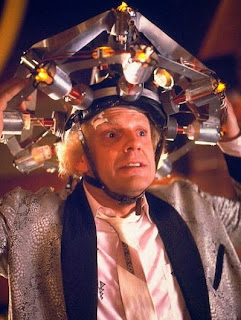 So with the help of Doc Brown, I went back in time to the years 1997, 2001, and 2005 to conduct interviews with my past selves on the subject of writing. The results are transcribed as follows:

J.W. Alden: Thanks for agreeing to do this, Me. I really appreciate it.


JWA: This interview is going to be about your favorite hobby.

JWA: How often would you say you write?


12yoJW: I don't know. Whenever I feel like it!
16yoJW: Well, what is writing, you know? Like, when you're daydreaming about stuff, is that writing? When you're humming in the shower, is that writing? Think about it, man.
20yoJW: Sundays and Mondays, mostly. I'm too tired the rest of the week. This overnight job is killing me.


JWA: What do you write about?


12yoJW: Monsters and ghosts and stuff. Zombies.
16yoJW: Let me show you this song I wrote, bro. It's about the eternal discontentment of living in an illusory happenstance of chaotic nothingness. The last part has dragons in it.
20yoJW: Post-Apocalyptic Science Fantasy with genetically modified super humans fighting aliens. And each other.


JWA: What are you going to be doing when you're my age?


12yoJW: I'll probably be an astronaut, a rock star, or a professional wrestler. Oh, and I bet I'll have a bunch of swords!
16yoJW: I'm an artist, man. I don't need to sell out for some record deal, you know? I'll get by. Whatever happens, happens.
20yoJW: I have no idea. I just got promoted to Chief Forklift Operator, so that's something. I'm thinking about taking a Jiu-Jitsu class.


JWA: Okay guys, here's the big one. Why do you write?


12yoJW: Because, it's fun!
16yoJW: I've just got to let this darkness inside me out before it consumes me, bro. You wouldn't understand.
20yoJW: That's a damn good question. I don't really know.

Now you see why it took me so long to find an answer. The truth is I've never really known what I wanted to do with my life. My passions and aspirations depended largely on which bump in the road you happened to catch me on.

But despite the various phases I went through, writing has always been there for me in some capacity. It's helped keep me sane during difficult times in my life. It's been an outlet, a foundation of solace that I could always turn to. Through every other silly dream, every failed aspiration, every rough patch, it's never abandoned me and I've never abandoned it. I didn’t always recognize that. I thought it was a hobby. It never even occurred to me back then that it might be my calling. It wasn't until just a few years ago that I realized how much it really means to me.

Around the same time that I came to this realization, I also began to recognize that I'd become pretty decent at it over the years. The more I've worked at it, the better I've become. I'm still learning new things every day, but my confidence as a writer is higher than it's ever been. I'm not a hobbyist anymore. This is what I want to do for a living.

So why do I do this? Why do I write? Because, I have to. It's what I do, what I'm meant for. It's always been that way. I just didn't see it until now.

I write because I'm a writer.