The Power of a Writing Routine 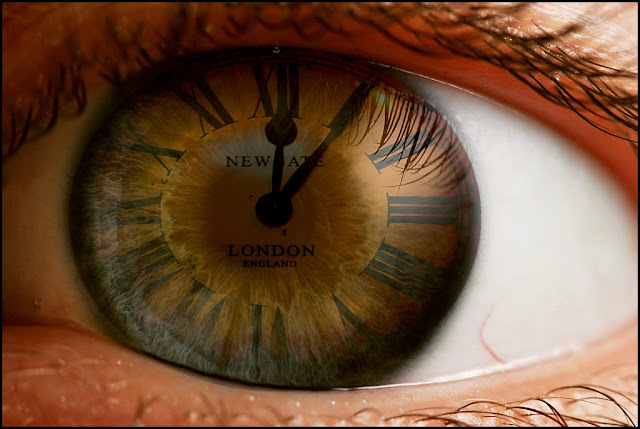 It's almost poetic that today's entry is a couple of days late. Since last month, I've been trying to get new entries up each Monday. Because of my odd work schedule, this sometimes means that I actually have to sit down and write them on Saturday night. Well, I'll be honest with you. This past Saturday I did a whole lot of nothing. I just wasn't feeling it, so I willfully broke my routine. Now it's Tuesday night and I'm still paying for it. Instead of starting my new story, I'm catching up on the blog.

Is there a lesson in this? Of course. Shamefully, it's a lesson I've already learned. Procrastination is not alien to me--it's practically been my middle name since I was a kid. But I thought I'd already slayed this particular beast, at least as far as writing is concerned. I suppose this just goes to show it can rear its ugly head at any time if you let it.

So how do you prevent that? Well, there are a lot of answers to that question. But this entry is going to focus on one of the most powerful ways to address it: establishing a firm routine (and sticking to it).

If you've been following my blog closely at all, there's a good chance at some point you've heard me singing praise for The War of Art by Steven Pressfield. It's a book that's helped me tremendously as a writer, in more ways than one, but primarily it taught me to start treating writing like an honest-to-goodness profession. And the true mark of a professional is not the number of checks he's cashed or the accolades he's acquired. It's the amount of hard work and elbow grease he's willing to put in to achieve his goals. It's the respect and professionalism he's willing to apply to his craft. But first and foremost, it's taking that initial step out of amateurville and saying, this is not just a hobby. Only then can you stop treating it like one.

Let me put it another way. My most practiced hobby is definitely video games. I play them to death, but only when the mood strikes. I would never "make" myself play video games. I don't schedule a gaming time and then set aside whatever else is going on to make sure I adhere. I just play whenever I feel like gaming. If this description of my video game habit sounds like your current writing routine, you're most likely still in amateurville.

Let's contrast that with my writing schedule. Every night by midnight at the absolute latest, I strive to be at my desk, hands on keyboard. The only exception is when my job interferes, and if I got my way that would never happen (a fellow can dream). When I let my playful id get the best of me and put my routine aside . . . well, then my blog goes up two days late, among other things. If it happened every day, I wouldn't get anywhere near as much writing done. I'm no Stephen King, but I'm easily twice as prolific now as I was just a few short years ago, and I owe that productivity to my nightly routine.

Now I won't sit here and pretend that we're living the same life, with the same challenges and obligations. I'm sure more than a few of you tilted your head at the fact that my writing sessions begin at midnight. And it is undoubtedly more difficult for some than for others to balance a professional writing routine with the demands of their daily lives. I assure you, it's the honest effort that counts. Even if you don't have time for more than a few hundred words a day, the important part is that you found a way to get your butt in that chair, hell or high water.

Speaking of challenges, I think I'll end this entry by issuing one to my fellow writers. If you've yet to try writing to a set routine, I challenge you to give it a try. Come up with a daily schedule for the next two weeks, setting aside as large a block of time as you can for a writing session, and stick to it. I'm willing to bet you'll see a marked improvement of output. If you take me up on it, be sure to let me know how you did. Leave a comment, tweet, or what have you.

In the mean time, I'll do my best to follow my own advice. Hopefully, I'll see you next Monday.