How to Set Goals for Your Writing 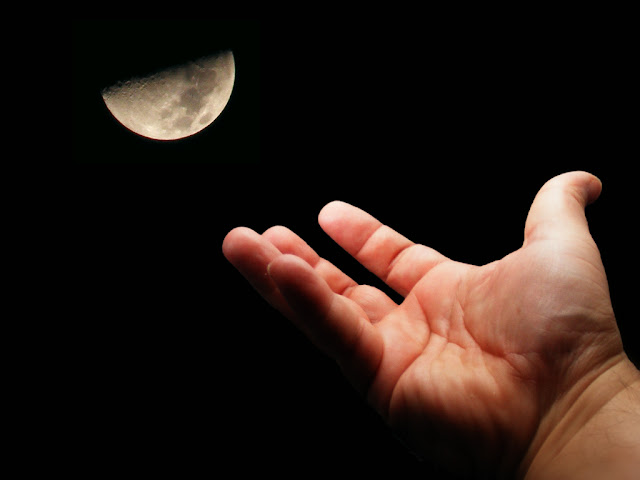 The human brain is a marvelous thing. In addition to juggling the complex demands of our bodies as it interacts with the electrical impulses of our nervous system (while we stroll around completely oblivious), it also serves as our personal computer and problem solver, ready and waiting to tackle any situational difficulty we may encounter as we go about our lives. In many ways, it's this ability to solve complex problems that separates us from the rest of the animal kingdom, as it's allowed us to remove ourselves from the food chain (mostly) and shape the world as we see fit.

But making your belly growl and balancing your checkbook aren't the only ways your brain is willing to work for you. You can take hold of that cognitive power and aim it at something worth while, like your future. By acknowledging your aspirations and setting goals accordingly, you can bring that great pie in the sky down to ground level and dig in. In my opinion, this is especially important for writers, since so much of what we do requires self-discipline and long-term commitment, often with no immediate tangible reward to prod us further. The following approach to goal setting is what's worked for me thus far. If I end up a miserable failure, I promise to come back and warn you away from it.


This first step might seem like a no-brainer, but a surprisingly large number of people I've talked to make a conscious decision to skip this one altogether, choosing to keep their aspirations bottled up in their heads with a lock and key. It's almost as if they think they'll jinx themselves if they admit to hoping for the best, so they remain "humble" by not daring to speak their grand goals aloud. If you're one of those people, I'm begging you to change this habit. Whether it's a notebook in your desk drawer or a document on your computer, you'd be surprised just how empowering it can be to commit your goals to paper. By doing so, you're acknowledging that you can and will do what it takes to whittle those non-accomplishments down to nothing.

Bear in mind, however, that this isn't a grocery list you're making. It's not a bucket list or a to-do list, either. In fact, it's not a list at all—it's a plan. Don't just scribble a few bullet points on a post-it note and call it a day. That's okay for the short-term planning that comes later, but we're not thinking short-term yet. We're thinking about your future. Take this thing seriously. Meditate on your end goal and envision the road it will take to get there. And again, don't restrain yourself. If your ultimate dream is to be a bestselling novelist, write that down. Don't use vague language and limited thinking. Throw humility out the window and reach for the stars.

At this point, you'll most likely want to do some research (if you haven't already) about the various avenues for success that exist in the publishing industry as well. Are you writing short stories? Novels? Will you be going the route of trade publishing or self-publishing? Will you need an agent? Read up on the industry, and don't be afraid to ask experienced writers who've already achieved some of your goals in their own career. There are many communities online with friendly, knowledgeable people that are willing to help. The more you know about what you need to do to make those dreams come true, the more detailed your plan can be.


Now that you have a general idea of what you want to accomplish in the long-term, it's time to break those seemingly impossible tasks down into manageable, less intimidating chunks. This is the part where you separate the pie in the sky from the immediately attainable and acknowledge what you can and can't do in the here and now.

Remember, you're working your way from the top down. If you know you'll need a book deal in order to become a bestseller, list the former before the latter. If you can't get a good book deal without hiring a respectable agent, slide that one in next. If you'll need to have a finished, polished novel to net that agent, group it accordingly. And so on and so on. Continue to break down each important milestone further and further into sub-goals, until you'll eventually arrive at a step you can take as soon as you're done writing this plan.

Don't count on your fairy godmother to intervene and keep your journey on the straight and narrow, though. Your plan should have multiple branches and contingencies, just in case things don't always go your way (because we both know they won't). I said to abandon humility when listing your goals, but that doesn't mean you should embrace arrogance while planning for them. Don't just plan for success; plan for failure. If you address potential pitfalls now, it won't be as painful when you stumble into them.


Now you can get some use out of those post-it notes. At this point, you should have some immediate goals that you can work on crossing off. These short-term objectives will likely be different for everyone, depending on what you're working on and what stage of the game you're at. If you're between novels and ready to start a new one, your first weekly list might look something like this:


You get the general idea. If you're already knee-deep in a work in progress, your daily and weekly objectives might entail managing your writing schedule and meeting word count goals. I'm primarily a short story writer, so the post-it on my computer monitor currently revolves around editing recently drafted stories, resubmitting work, considering recent editorial feedback, etc.

Now, you might not be the type to want daily reminders of your short-term goals, and I get that. You also might not want to use actual notes, opting for a document on your computer or a productivity app on your phone. For me, driving those immediate objectives into my skull makes it easier to keep my butt in the chair so I can tear that note down and replace it with another. It feels like real progress that way, and keeps my eyes from wandering further up the Master Plan of Writeritude™ to goals that aren't quite in my reach yet.

The most important thing is to commit to the path you've laid out and focus on one step at a time. Don't get ahead of yourself. Whack each mole as they pop out of their holes. And when I say to commit to the path, that doesn't mean the path should be set in stone. You will undoubtedly learn and grow during the course of your journey (in fact, that should be part of the plan), and some of that growth might prompt you to alter your trajectory a bit. My original plan didn't even include short stories, so if you'd told me back then that my first publication credits would come via the short market, I'd have thought you were crazy. The important part is that we keep aiming high, and we keep working hard. Goal setting makes it easier to do that.

Of course, I've never proclaimed myself a writing sage, and there's no universal method for success in any industry, so your mileage may vary. This is just what works for me. If you've had success with a different (or similar) approach, I'd love to hear from you.