Gather round ladies and gents, as today marks the premier of a new monthly series  here on AuthorAlden.com that I've been mulling over for quite some time. From now on, the last Monday of each month will bring the Speculative Spotlight, where I'll be talking about a book, movie, television show, or video game that I deem to be a worthy representation of awesomeness in the world of speculative fiction. Today, I'll be examining a franchise that is quickly becoming my favorite depiction of the coming zombie apocalypse, The Walking Dead. 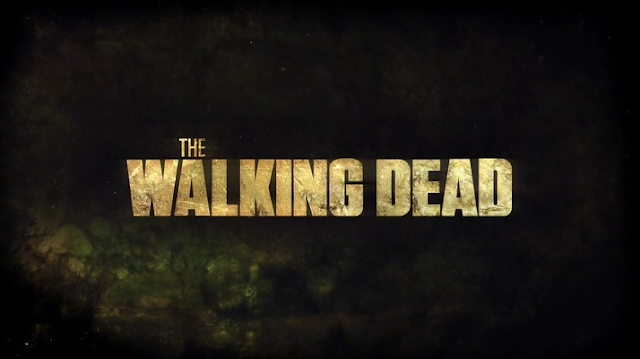 
Chances are most of you know The Walking Dead from the hit AMC incarnation that is currently smashing cable TV ratings records in the Unites States, and with damn good reason. But it all began with an Eisner Award-winning comic book series created by Robert Kirkman for Image Comics. Kirkman originally pitched his idea for a zombie apocalypse series as a Night of the Living Dead reboot. George Romero's classic film is considered a public domain work, which means anyone can distribute the movie or create derivative works without breaking any copyright laws. However, when Image saw Kirkman's ambitious plans for the story, they decided to greenlight the project as an original series instead. Thus, The Walking Dead was born.

The story of both the comic book and the television series revolves around former Kentucky police officer Rick Grimes, who wakes in a deserted hospital after being wounded in the line of duty. He soon finds out the hard way that the world has become a much different place while he lay comatose in that hospital bed—a mysterious plague has made ruins of his home, bringing the infected back to life as mindless zombies walkers, feeding on the flesh of the living. He eventually leaves town in search of his wife and son, who he hopes were evacuated with the larger population when the calamity struck. The long journey that follows is an emotional roller coaster, both for Rick and the audience at home.

It's no secret that I'm a fan of zombie stories, so it shouldn't come as any surprise that I love both incarnations of this series (I've yet to play the video game, though I hear it's fantastic as well). But what really sets The Walking Dead apart from others in the genre is its commitment to character drama. The focus of the story is less about the zombie apocalypse itself than what it does to Rick and the other survivors he encounters, how it changes them and their relationships as they struggle to survive and cope with leaving their old lives behind. It's a gritty and realistic portrayal of what might happen to ordinary people and their sense of morality when faced with such extraordinary circumstances.

It's a fitting approach, considering the story's original association with Night of the Living Dead. Compelling character drama is something that many of the Romero imitators (and occasionally Romero himself) have missed over the years, despite the fact that the source of their inspiration was definitely more about the diverse cast of characters who found themselves boarded up in that old country house than the nightmarish ghouls banging on the windows outside. After all, you can only see so many brains get eaten before it gets a little boring. But Kirkman seems to have known from the get-go that his story would be about people, not zombies. It's even outright stated in the comics that the title of the series refers not to the shambling zombie hordes, but to the survivors clinging to life as the world around them falls to pieces.

It's this character-driven nature that is likely so attractive to the mainstream audience that has come to embrace the television show. In fact, I think I can personally attest to this, as my girlfriend loves the show as much as I do, and she is most assuredly not a zombie fan. So if you're in the same camp that she once was, shying away from this excellent series because you didn't think it would be your cup of tea, you may want to reconsider. The television show is currently in the middle of its third season, but you can catch up on what you've missed on Amazon or Netflix.

At the very least, it might prepare you for the approaching zombie apocalypse. December is right around the corner. Don't say I didn't warn you.
at November 26, 2012