A Commentary on the Social Media Conundrum for Writers 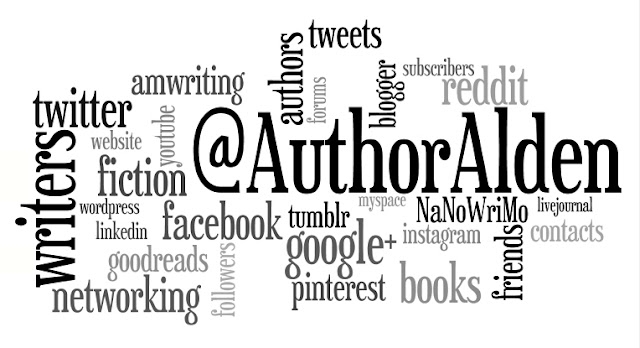 For those of you who read this blog regularly, this post will probably seem a little off-topic. I don't usually get into the networking/marketing side of things very much. That's primarily because it's not my favorite side of the writer's coin, but also because I know I haven't figured it out anywhere near enough to be giving sagely advice on the subject. I have accounts on most of the popular social networking sites, but I probably don't give most of them the love they require. I use twitter pretty frequently, but Goodreads and Google+ get only the occasional visit to catch up. I've only just started using Pinterest, and to be honest, I'm not even sure I'm doing it right. Facebook gets the least amount of attention, as I generally don't enjoy using it. But the purpose of this entry isn't to clue you into my social networking report card. Instead, I'd like to talk about some of the glaring mistakes that I see writers making on social networks (including myself), and the effects those mistakes have on potential readers.

In fact, that's the voice I'm using today. Not my writer voice, but my reader voice, because that's what I am at the end of the day. I read an insane amount of books and stories. I'm such an avid reader that if I enjoy one book by an author, I'll go out and find every other book they've released. My "to read" list is a perpetual mile long, and that's just the way I like it. I've made it one of my personal missions to do everything I can to support the written word. And that's why it bothers me so much when I see an author misusing social networks. These online platforms put so much potential at our fingertips, but you don't have to look far to see a litany of writers treating them like the ads section in a newspaper. I've been guilty of it myself, especially on those sites that I don't enjoy using as much, but I've done a lot of thinking about that lately, and I'm ready to change my ways.


Since Twitter is the social networking platform I use the most, I'm going to talk mostly about my experience there. When I first started using the service, my instincts were to follow as many fellow writers as I could, to support the community and connect with people like myself. I also followed back any writer who followed me. As this went on, my own follower count rose, which I thought (as most do) was a good thing. After all, the more people that followed me, the more would be paying attention to my thoughts and links, right? Wrong.

The problem was that a large portion of those people were only on Twitter to promote themselves. You know the type of tweeter I'm talking about. If you look at their stream, all you see are links to their books, their blog, or their website. No conversation, no contributions to the community, just plug after plug after plug. Some of them might try to be more clever about it, retweeting like a madman in hopes the favor will be returned, or sending a DM to thank you for following (usually through an automated service). Thanks to ignorance, ill advice, or both, these writers treat twitter like a promo machine, gathering as many followers as they can—almost entirely through follow backs. What they don't seem to understand is that only a meager few of the thousands of followers they're accruing are actually going to translate into substantial clicks or sales (if any). Bestselling authors have thousands of followers because they're bestselling authors, not the other way around. Most of the people following them already knew who they were, and were already going to buy their books before they ever hit the follow button.

Knowing that a large degree of  the people I was connecting with were these selfish plug machines, I realized there was simply no advantage to networking with them, altruistic or otherwise. Not only were these people going to ignore my own tweets, but the worst part is that they were clogging my twitter stream with endless promotion, to the point that it was difficult to see the real people I was following—the people I actually wanted to support and interact with. For a while, I tried to alleviate this problem using the "lists" feature. It helped, but I soon realized I'd picked up the habit skipping my main Twitter feed altogether and going straight to the comparatively tiny list that I'd corralled the real tweeters in. Eventually, I just had to be up front with myself about the fruitlessness of it all. I mean, what was the point?


So, last week I did something dramatic. Following some introspection and a blog post from John Scalzi that came at just the right time, I cut a hefty swath through my follow list, unfollowing anyone that tweeted nothing but plugs and links, or anyone that I'd never had any kind of genuine interaction with. As I did so, I watched my own follower count drop, and I was fine with that. It's not a high score or a race to a billion. That big number of mine meant absolutely nothing if most of the people behind it were ignoring me as I ignored them. The downside of this, however, is that there's a big chance that I accidentally unfollowed some people that deserved to be kept, including some of you. If I know you from the blogosphere or elsewhere, and you were a collateral casualty of my unfollow spree, please feel free to let me know so I can correct it. I do want to support the people that I actually have some kind of relationship with.

And if you're one of those other people, who tweets nothing but plugs, please consider changing your tactics. Think long and hard about whose books you would buy—a stranger who tweeted an amazon link at you, or someone you've actually come to know, like, and support. For me, it's unquestionably the latter. If you want people to pay attention to your plugs, make them few and far between. Talk to people that you think would be interested in you and your writing; not to give them your sales pitch, but to forge a relationship with them. Make friends, not fans. If you do that, you will find genuine support. People will share and retweet the occasional link because they're actually interested in you, not because they want you to return a blind favor, like robots spinning in circles to change each other's oil.

In the meantime, I'm going to put more of an effort into the social networking accounts that I've been neglecting myself. As I look at my Google+ and Facebook pages, I realize that my own streams on those sites look very much like those tweeters I unfollowed. It's not that I post a particularly obscene amount of plugs, it's just that I scarcely post anything else. So I'm going to try to spend more time there when I can, with the hope that I'll spark some conversation and make some friends. I'm going to be honest with you though. Facebook will be tough. I kind of hate that place.

Merry Christmas, happy holidays, and to all a good tweet.
at December 24, 2012