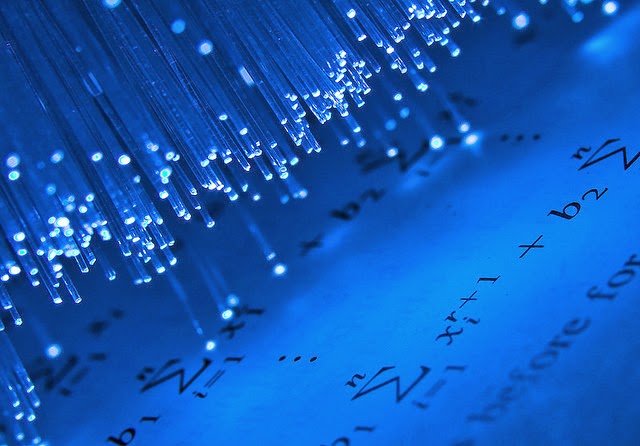 This is the second installment in a continuous series on worldbuilding for speculative fiction. Throughout the series, I'll be making my way through the primary elements we use to construct a universe. I'll attempt to keep things broad enough to apply to both sides of the sci-fi/fantasy coin, but some topics will undoubtedly lean more toward one genre than the other. I should also say before we get underway that most entries will assume the top-down method, primarily for the sake of ordering them in a coherent way. If you're not sure what I mean by that, check out my introductory post.

We're starting with what I consider the most basic step on the ladder of worldbuilding: defining the physics of your universe. This might seem like a small step, a simple precursor to the big decisions you'll be making down the road, but it's actually a very important one. Acknowledging how your setting will reconcile with real-world physics can dramatically alter the events that take place in your story, even if you're writing in a genre that comes with a high expectation that the reader will be willing to suspend disbelief at the door. In many ways, this decision can set the tone of your entire story.


In a fantasy story, the question of physics is one that revolves around the amount of magical elements present in your story, since these elements don't generally adhere to the laws of our universe. Many fantasy stories present a world with the same basic physical properties as ours on the surface, whether it's set on an unnamed planet with a perpetually pseudo-medieval culture, or present-day New York. For the most part, it will be a world we recognize and can identify with. Then a wizard shows up, and all hell breaks loose. With a flick of his wand, a tilt of his staff, or a mutter under his breath, the laws of physics as we know them bend and break at his command. Depending on the style of magic employed by the author (something we'll get into in another entry down the road), there may not even be any explanation for how or why the magic does what it does; it just is. It's a force of nature all to itself, and can do whatever the author needs it to (within reason).

Of course, it's not just your sorcerers and mages that dictate how faithful you are to real-world science. It's also a good idea to keep physics in mind when populating the imaginative flora and fauna of your world. For instance, I love dragons . . . but the sad truth is that physics is not on their side. The enormous dragons we've seen soaring through the air in movies and books would never make it off the ground in the real world; their wings would be purely for decoration. The same goes for a ton of other fantastic creatures, from giant crustaceans to insect people. No matter how awesome and exciting they may be, they just don't measure up to a higher standard of realism. In physics, size matters.

Does this mean you can't have dragons in your story? Of course not! That's where suspension of disbelief comes in. But make sure this is a conscious decision on your part, because it will have a big effect on reader expectation. I don't think anyone wrote J.K. Rowling angry letters about snakes not having vocal chords in real life. But she undoubtedly knew the kind of signal she was sending when she put a talking animal in her book. She was saying to the reader, "This is the kind of story you're reading; don't act too surprised when people start flying around on broomsticks."


For obvious reasons, physics is often a much more conscious element in a science fiction story, especially if there is space travel involved. There are exceptions, but for the most part, the standard of realism is going to be much higher in a science fiction story than in a fantasy story. For instance, if you have a story or setting that hinges on the existence of some kind of faster-than-light travel, you must address the problem of physics in some way, even if your way of addressing it is the equivalent of saying, "I'm not going to address this, so deal with it. Hyperspace."

Again, it largely has to do with reader expectation. In science fiction there is a "hardness scale" that determines how rigorous the author's application of real-world science has been. As the genre has grown and evolved over the years, a large, vocal camp has risen within science fiction fandom (especially literary SF) that seeks hard science and loves to criticize works that fling too much phlebotinum. This is why it's important to address how you will be handling physics in your story, and to make it clear to the reader. Much like J.K. Rowling's talking snake in our fantasy scenario above, it's important to send the proper signals. As a reader, I enjoy both soft SF and hard SF (as long as the physics lectures aren't too long), but even I get frustrated if everything is nice and plausible for most of the book, then the science takes an inexplicable left turn into crazy-town for the convenience of the author's limitations on research.

It should be noted that there are certain sub-genre conventions that come with their own set of expectations. If you're writing a space opera, chances are readers aren't going to take you to task for violating physics every time your pilot presses the big red button. In these kinds of stories, things like faster-than-light travel are expected, to the point where a novel idea of getting around the natural limitations involved will net you cool points, even if the idea itself involves breaking yet more laws. Most sci-fi fans are rad that way. Give them something really cool, and they won't yell at you about science.

Next month, the series continues as we take a look at the cosmology of your fictional universe.