Growth: The Odyssey Debriefing (and a State of the Blog Address) 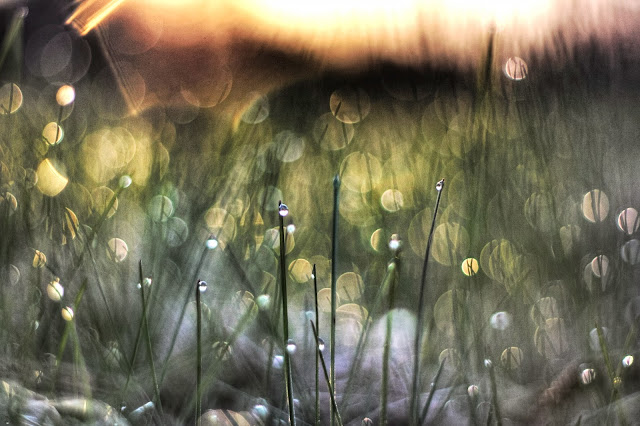 I'm now over a week removed from my time at Odyssey Writing Workshop, where I holed myself up with fourteen other writers on the campus of Saint Anselm College in Manchester, New Hampshire. For six weeks, we toiled under the tutelage of Jeanne Cavelos, who crammed an ungodly amount of knowledge into our heads in that relatively short period of time. We also got to learn from (and hangout with) an awesome group of guest lecturers: Jack Ketchum, Patricia Bray, Adam-Troy Castro, Holly Black, Sheila Williams, and our writer-in-residence, Nancy Holder. Those six weeks felt like a lifetime, yet were woefully fleeting. Now I'm home, trying to parse all that knowledge and readjust to real life.

So How Was It?


After I received my acceptance letter, I did a lot of googling and blog-crawling, looking for stories from alumni about their workshop experience. Reading the various blogs and articles that turned up, I noticed the term "life-changing" thrown around quite a bit as a descriptor of the Odyssey experience. While it was nice to see such positive remarks from graduates past, for the most part I chocked that sort of thing up to typical internet hyperbole. However, now that my own year is in the books, I'm pleased to report that this was not an exaggeration. Odyssey was an amazing, transformative experience for me. I can say with confidence that I grew both as a writer and as a person. As my time in Manchester came to a close, I was both sad to see it end and excited to put everything I'd learned to use.

Speaking of which, it terrifies me to think that in some alternate universe I might never have gone to Odyssey. When I wrote down my list of goals for 2013, "get accepted to a major writing workshop" was one of them, but it was almost an afterthought. It was one of those "it would be nice" goals that I took half-seriously. Now that I've actually done it, I can't believe I was prepared to struggle onward as my pre-Odyssey writer self. I look back at that guy and pity him. I feel like he didn't know anything.

I mean, obviously I knew a thing or two before Odyssey, but so much of my writing was instinctual and subconscious, like I was feeling my way around a dark cave, one careful inch at a time. Jeanne Cavelos aimed a spotlight into the recesses of my muse-brain and taught me the important WHATs and WHYs that I didn't have a firm grasp of before--and clarified things that I thought I already had a handle on, but clearly didn't. Before Odyssey, I thought I knew what "show don't tell" really meant, or what three-act structure really was. But I didn't have half as much nailed down as I thought I did, and Jeanne showed me where and why. She illuminated my strengths and weaknesses, diagnosing specific opportunities for improvement and highlighting elements of my own writing that even I didn't realize were there before she pointed them out. After my first meeting with her, I felt almost like I'd been psychoanalyzed. In other words, Jeanne is a phenomenal instructor.

And perhaps the most valuable resource Odyssey brought was the group of people who went on the journey with me. It was amazing to meet fourteen other people who shared many of my own quirks and interests, and who were struggling toward the same goals. By the end of that six weeks, we knew each other well enough that we could have turned in manuscripts without our names on them and had no problem identifying whose was whose. Not to mention, everyone there was awesome. It was a drama-free workshop from open to close. Hell, it was like a built-in support group. I made lifelong friends at Odyssey.

The State of the Blog Address


In addition to her awesome lectures and critiques, Jeanne also helped me evaluate my routine, the work I'm doing, and my goals for the future. Which brings me to the State of the Blog.

One of the things I really appreciated about my time at Odyssey was the disruption of my routine. It felt like I was in a bubble, detached from the outside world, and it was enlightening to find out how much more I can accomplish when I unplug from the various distractions I've surrounded myself with. Unfortunately, I've come to the conclusion that this blog is often one of those distractions. While I've enjoyed blogging, and especially enjoyed meeting all of you lovely folks out here in the blogosphere, at the end of the day it's my fiction that I need to be spending my time on. That feeling had been building in my mind for a while leading up to Odyssey, and my time away only enforced it. In my final one-on-one meeting with Jeanne, I asked her opinion on this, and she agreed that I should focus on writing and submitting fiction, not blogging. So that's what I'm going to do.

What does this mean for the blog? Well, it's not going away or anything. But I'm going to be transitioning this site into a more traditional author platform. I'm still going to blog from time to time, but I won't be sticking to a regular weekly schedule anymore, and most of my posts will be related to my fiction in some way--announcements of story sales, publications, when I'll be attending conferences, etc. I'll probably drop the occasional musing here and there as well, but I will unfortunately not be continuing my regular series. My Speculative Fiction Tropes, Speculative Spotlight, and Forging a Universe series--while not cancelled outright (since I may still post an entry for fun from time to time)--are no longer going to be regular monthly features here. I'm also going to have to pull out of the Insecure Writers Support Group, as I'm not sure I'll be able to devote the proper amount of time posting and visiting other blogs every month.

I know this may cost me some of my readership. And that's okay. I've really enjoyed meeting all of you people, and I hope to keep touching base with everyone out here in the interweb. But if you want to bail due to this change, I understand. If you'd like to keep in touch, consider hanging around. Better yet, add me on twitter or facebook (if you haven't already). I'll still be pretty active on social networks.