Read "Braving the Morrow Candle's Wane" in Beneath Ceaseless Skies

The latest issue of Beneath Ceaseless Skies, a magazine of literary adventure fantasy, just released. Inside, you can find a story of mine called Braving the Morrow Candle's Wane. 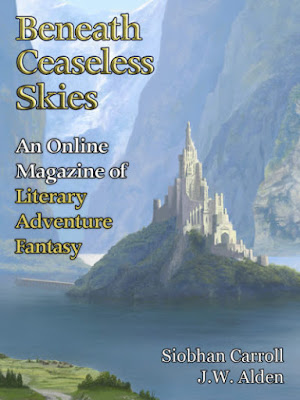 Braving the Morrow Candle's Wane is a story about faith, war, and growth. When the initial idea came into my mind (prompted by a weekend contest on Codex), I'd recently read a comment somewhere on the internet complaining about short stories that are "mostly just two people in a room talking." The commenter claimed such stories are "always boring" and "all the same." Having written a couple flash pieces that focus on the dynamic between two people, I took a bit of umbrage--which ended up manifesting in this story. With Braving the Morrow Candle's Wane, I wanted not only to show that "two people in a room talking" can be compelling, but that you can do lots with that premise. If you check the story out, you might see what I mean. [Light spoilers incoming.] I attempted to build tension, nest multiple narratives, and layer mixed themes, all within the "limitation" of a story largely driven by a single dialogue exchange between two characters. You can judge for yourself if I pulled it off or not. I'm happy with the result. And I'm happy to see it out in the wild!

This is my first appearance in Beneath Ceaseless Skies. As a reader, it's one of my favorite magazines, so I'm very pleased to have my work featured there. Scott H. Andrews, the BCS editor (and cool dude), approached me at MidAmeriCon II and asked me to send him a story sometime. It took me a while to write something I thought would fit there, but it was worth the wait. You can read my story alongside a delicious piece by Siobhan Carroll. You can also listen to it on the BCS podcast if audio is more your thing.

And, of course, I would be remiss if I didn’t share one other awesome thing about this story. When you’re in a relationship with an artist/illustrator, there are certain perks involved. For instance, this: 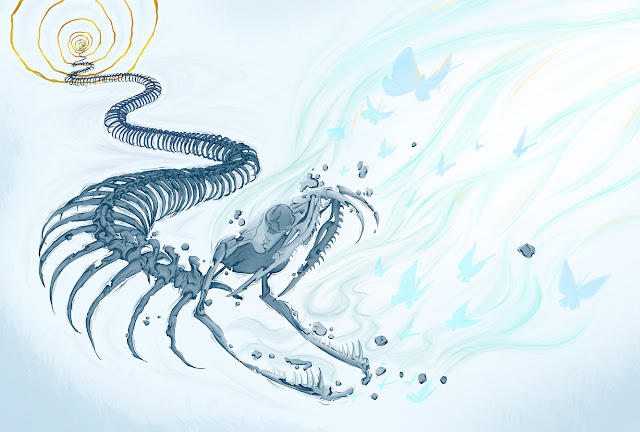 Autumn interpreted the themes of Braving the Morrow Candle's Wane and painted this awesome piece, called Awakening. I love it. You can grab a print of it here, if you love it too.